Our goal: to contribute to the dynamism of regions and to generate social cohesion.

Our focus areas:
Nature and leisure for all
Local culture and heritage
Social and professional integration

Our commitment: to support projects of public interest located very near to our employees so that they can get involved and become ambassadors.

Our resources: a financial grant of €250,000 per year, and voluntary help from Group employees.

The Group Pierre & Vacances-Center Parcs manages nearly 280 tourism resorts in France, the Netherlands, Belgium, Germany and Spain; in seaside, mountain, countryside and urban locations. This provides a fantastic playground for finding projects of public interest destined for the local population. Each project we support must be located within 50km of one of the Group’s resorts, thereby enabling us to involve our employees in concrete local actions in the regions they inhabit and are fond of.

When selecting our projects, we also hope to find a reflection of the Group’s values based on “living together” and “responsible entrepreneurship”.

Nature and leisure
for all 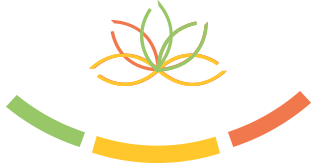 Local roots are the common thread running through all our projects. This is what enables us to create new, sustainable momentum between the PVCP Group’s tourism sites and public interest stakeholders; placing the focus firmly on local communities and their challenges.

To achieve this, we provide €250,000 in grants each year for our non-profit organisation partners.

Building long-lasting relationships with our partners

As well as supporting our partners financially, it is important to us to:

To be eligible for support, an organisation must:

An approach centred on connecting people

It is the Group’s employees who are making our plans a reality on the ground: they are our top ambassadors. They can get involved:

The Selection Committee is composed of directors of the Group’s main brands and departments. It meets once or twice a year to pre-select projects that will be presented to the Board of the Foundation.

Board of the Foundation

The Board of the Foundation is composed of members of the General Management Committee, employees from the Group and independent experts. It meets at least twice a year to approve projects and the financial support granted to them, and to decide on the Foundation’s strategic direction.

President of the Foundation

The operations teams looks for projects, checks their eligibility and monitors their progress. It encourages employees' involvement and attempts to forge long lasting links with project-initiator partners in the region.

Director of the Foundation

Contact us
We use cookies to ensure that we give you the best experience on our website. If you continue to use this site we will assume that you are happy with it.Ok